About Us - Canadians United Against Bill 21

Canadians United is a multi-partisan group which stands up for Canada’s democratic and pluralistic values. It includes Canadians from all political spectrums and backgrounds, standing up for Charter rights and Canada’s multiculturalism.

Canadians United Against Bill 21 is a multi-partisan campaign for individuals, organizations, and businesses to come together and oppose religious discrimination enacted by Bill 21 in the province of Quebec.

Bill 21 in Quebec received royal assent on June 16, 2019 and came into effect in June. The bill prohibits public sector workers from wearing religious symbols at their place of work. Those who express their faith through religious symbols are being forced to give up their dreams of serving the people of Quebec as teachers, police officers, and the like.

The bill is currently being challenged in the Quebec Court of Appeal.

The purpose of Canadians United Against Bill 21 is to build support for religious communities in Quebec who are currently fighting this regressive legislation and to stand against any such legislation being enacted elsewhere in Canada. 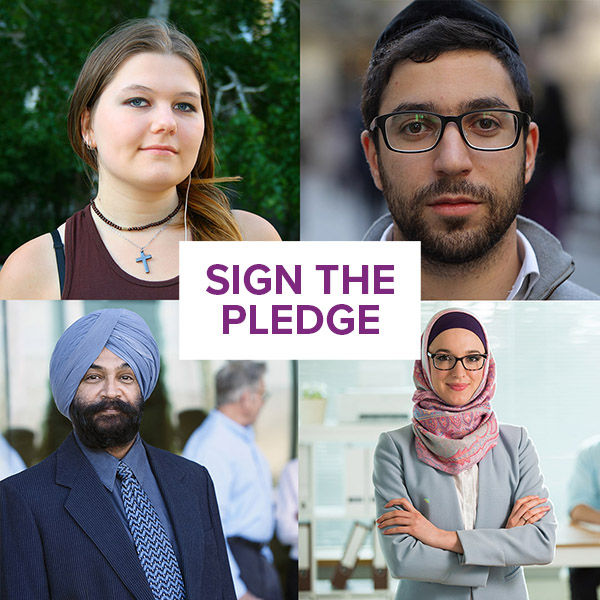